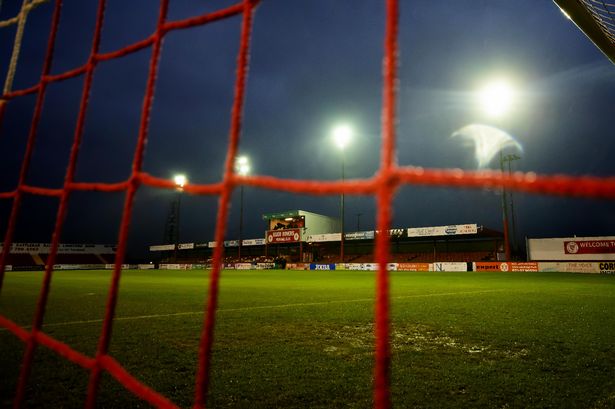 So as we launch the new Bit O Red Supporters Trust website lets take a quick step back to how it all began….

Sligo Rovers have seen many supporters’ clubs down through its history and from one such supporters club the Trust emerged. In early 2000 I was part of a group of fans who formed the “Sligo Rovers Town Supporters Club”. Our aim at that time was to assist the club financially and to try and bridge the gap between the club and supporters. Back then there was serious disconnect between the club and community, polar opposites of our current relationship with the club today.

We ran some fundraisers, produced merchandise and ran a club shop on match night selling everything from pencils to polo shirts, and we even found time to organise an “O’Riordan Out” protest. So we were kept busy. To say our relationship with the club was frosty would be an understatement, the selling of merchandise became very contentious and a friction point on match nights. So along with this and the ongoing tensions with the club the supporters club eventually ran its course.

But fear not the embers still burned bright and there was lot of positives having a supporter’s club, but fundamentally the model was broke. The history of the club has seen many supporters’ clubs come and go, mainly because they were simply seen as an extension of the clubs fundraising without having any influence or input into the club and viewed with suspicion from some club members.

The club was, and is bigger, than any group or individual so we could not let fans voice be cast aside as we the fans had too much to offer in order for the club to succeed.

So, what was needed was a new model, one that could represent the fans and have influence on their behalf, to give them a voice at club level. A model that showed the club, supporters were a well organised group of fans and not just a bunch of lads who wanted to bitch about the club but could have a positive influence on the club’s future.

A mind change was needed, stop blaming others for the club’s faults and try and influence positive change all working together to drive the club forward.

And so this mind change started to take shape in 2004 when the process of forming the “Bit O Red Supporters Trust “(well we didn’t actually have a  name back then) began and eventually came to fruition in 2005.

Based on the Supporters Direct Model from Britain we believed this was the path we had to follow for a sustainable long-term supporters’ body to exist. So, the call to arms went out and lads like Gary Kelly, Pat O’Malley, John Devaney, Michael Farrell, Geoffrey Rainey, Ray (Eddie Panda) Cawley & Keith O’Dwyer all stepped up to help. Assisted by a lead member in Supporters Direct in Britain and Chair of the Celtic Trust Sean Hamill was our sounding board (also AFC Wimbledon were a great help) and guide on the journey. The trust would register with ICOS as a Co-Op, have our own constitution (many drafts before approval) and be fully independent from the club.

This autonomy of the Trust is important to mention. You may not have noticed the Trust has its own identity in name and logo avoiding using “Sligo Rovers” or club crest, as we wanted to be seen as independent body to the club by the fans. This may seem strange but at the time the clubs relationship with some fans and businesses was a “little” strained so we believed if we started on a clean slate with no baggage or history we would be in a stronger position to assist the club financially. And so, it proved a wise decision. The Trust was able to obtain sponsorship from many businesses who had not previously donated to the club,(and told us they wouldn’t sponsor the club) but would donate to the Trust, and we even obtained a small loan from a local business to set up the trust.

So the Trust was being Trusted.

Before we officially registered the Trust, we had an open meeting in the Riverside hotel in early 2005 attended to by Sean Hamill from Supporters Direct Britain. We outlined our vison for the Trust, explained our constitution, what we would expect for the fans from the club, and made it clear this was more than a fundraising body and would be independent to the club. Finally, we sought approval from the fans and the club to go ahead with the Trust ,which was unanimously approved.

*Bit of a sidebar. When we invited Sean Hamill over to launch the Trust all he asked was we cover his overnight accommodation and he gets to meet his hero “Tony Fagan” to ask him if he really did sit on the ball after mesmerising a Red Star Belgrade player   ..no lie. After the launch we organised to meet Fago in O’Neills and Sean was in his element. Turned out Sean had Sligo connections and followed Rovers….sidebar closed..*

The Trust officially registered with ICOS in 2005 and became the first Supporters Trust on the island.

The Trust would like to whole heartedly thank everyone who has helped along this unforgettable journey. No other club in the land can boast such ongoing support and this writer is more than proud to be associated with my fellow supporters who help the club in any way shape or form. It is inspiring to know that because of these supporters, Sligo Rovers will live on forever and provide future generations with great memories, a sense of belonging and what it means to have hopes and dreams for your local football club.

So that’s just a quick overview of where we came from and maybe over the next few weeks we can delve a bit further into it.. 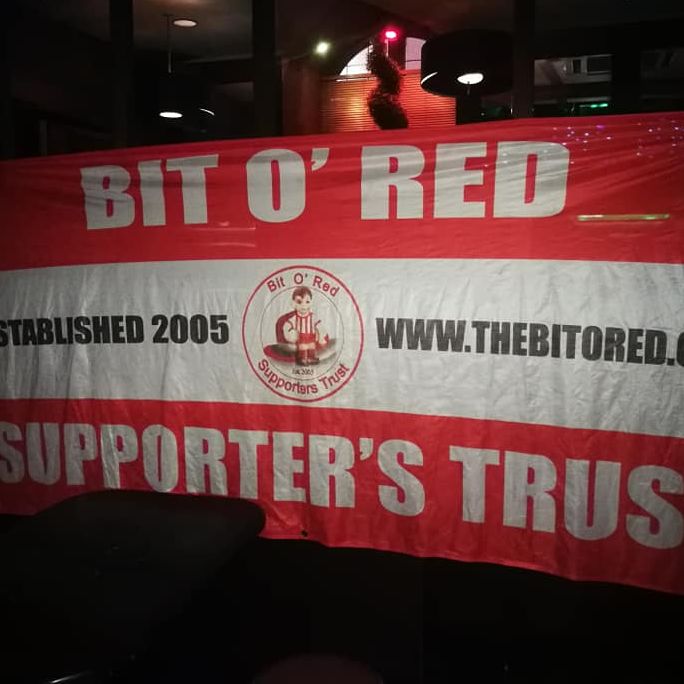 Formed in 2005, the Bit o’ Red Supporters Trust was the first fully registered trust of it’s kind in Ireland. The Bit O’Red Trust has aimed to become a vibrant and lively organisation that will contribute immensely to the growth of Sligo Rovers and in turn football at all levels throughout Sligo and it’s surrounding regions.

BO’RST has become a voice for supporters and shares open communication with the club and has fundraised a significant five-figure sum since inception to Sligo Rovers.