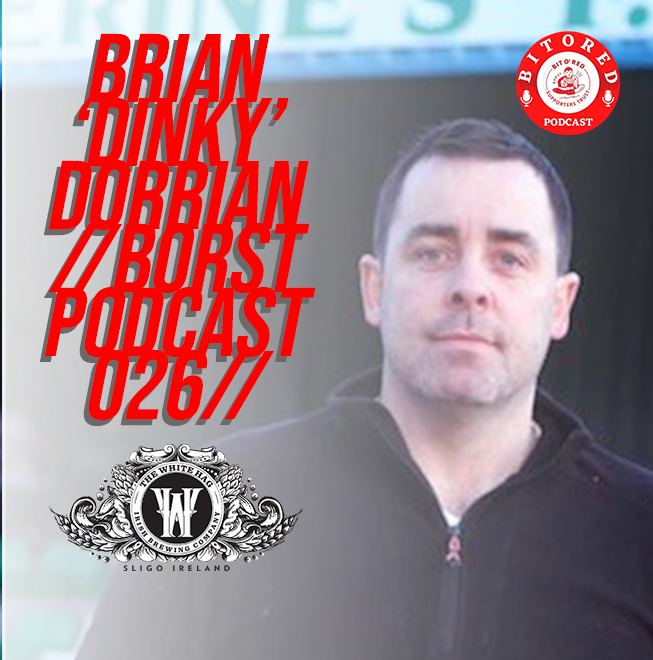 It’s a significant week for the future of the football club with the publication of the Masterplan which outlines the #BitORed‘s ambitions to transform the Showgrounds into one of the League’s best football venues. Shaun, Gerry, Magoo and Conor discuss what the Masterplan means for the club and the wider community.

We’re also joined by Brian ‘Dinky’ Dorrian, the influential and very highly regarded coach who played a key role in the development of the Academy at the Showgrounds as well as having input to first-team affairs – he was caretaker manager when Rovers got the better of Shams toward the end of the 2018 season.

With two games over the coming days, the lads discuss Longford’s visit to the Showground on Saturday and Liam Regan-Guimarães and Dale McCarthy from the Friday’s I’m in LOIve podcast drop by to discuss the Shams game on Monday.

As always, thanks to our sponsors The White Hag!