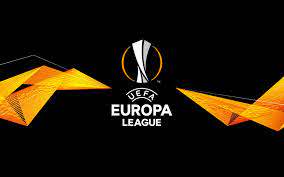 Sligo Rovers have never been short of ambition. When days are dark, they look for the stars. They seek rainbows when it rains. Always look on the bright side. It’s not love of glory that motivates them, it’s the glory of love – the enduring love between club and community.

This is what has enabled them to push the boundaries of possibility for more than nine decades, surviving in the face of often overwhelming odds, looking adversity square in the face and defiantly refusing to surrender.

They’ve turned audacity into an art form. What other modest club on the western outpost of Europe would dare seek the services of one of the world’s greatest players and succeed in their mission? That’s exactly what Sligo Rovers achieved when they persuaded the legendary England and Everton striker, Dixie Dean, to join them in 1939. The move proved such an iconic part of the club’s history that more than eighty years later, there are still strong ties between Sligo Rovers and Dean’s family in Liverpool.

The Dixie Dean story is typical of Rovers’ unyielding belief that anything is possible. It’s a virtue that has carried the club and its supporters to places of extreme fulfilment. Sure there’s been despair and disappointment along the way, joyless years when the lights dimmed and the skies darkened, but the sparkle never diminished and the barren spells only served to enrich and illuminate the good times.

For Rovers fans, there’s nothing to compare with the giddy excitement of a big game at the Showgrounds or the almost tribal feeling of watching misty eyed from afar as the Bit O Red carry the hopes of a town and county into fevered battle.

In that context, this season has been a weird, surreal and toxic cocktail of isolation and bewilderment – a ghostly and empty Showgrounds, stripped of its gladiators and warriors, bearing soulless testament to a spiteful pandemic which has robbed us of our natural inclination to engagement and communal celebration.

The virus was still in the early stages of its merciless onslaught when the League of Ireland was brought to an abrupt halt last March. Already in the danger zone with no points on the clock after four matches, Rovers fate and their fans’ faith appeared bound by a mutual dread of a calamitous future.

Starved of the lifeblood of revenue through the turnstiles and promotional streams of income from associated match day activities, the club had little option but to reach out to their fan base in their hour of need.

With the pandemic affecting all walks of life and seriously impacting the resources of individuals, families and the business community, there could hardly have been a more unfavourable climate to launch a fund-raising project.

As a community club, Rovers were only too well aware that there were many demands on a hard-pressed public and accordingly were conservative in their estimate of the support which might be forthcoming.

But they needn’t have worried. Even by the standards of the long-standing goodwill afforded to the club by the community, the response to the BORST’S fund was awesome, if not purely mind-boggling. By the time the fund closed, almost Eighty Five Thousand Euro had been pledged by supporters from near and far, a spectacular demonstration of the love and devotion for Sligo Rovers, not only in the local region but throughout the whole country and further afield.

The hope was that this phenomenal outpouring of loyalty would draw a parallel response from manager Liam Buckley and the players, that somehow the squad could draw on the emotional support from the community and garner sufficient points over a shortened season to avoid the relegation trap door.

That was the overriding aspiration when action resumed in July. Nobody dared entertain the notion of anything other than a survival dogfight.

But as we’ve established already, Sligo Rovers have always believe that anything is possible.

Starting with an unexpected 2-0 win over Derry City at the Brandywell, Rovers rejuvenated squad set off on a blistering run of form, quickly digging themselves out of trouble at the wrong end of the table and putting themselves on course for a respectable finish.

But, despite defeats to strugglers Cork City and Shelbourne, it turned out even better than that and the prospect of a place in European football, a scenario which was regarded as no more than a groundless pipedream just a few months previously, was now a realistic target.

Rovers took a step closer to the Euro dream with a thoroughly convincing 2-0 win over Dundalk on the last day of the League campaign. The result and the manner in which it was achieved was a fitting reward for the selfless dedication of the loyal fan base, the Trojan work off the field by the Board of Management and its Chairman, Tommy Higgins, tireless CEO, Colin Feehily, the incredible efforts of the BORST group and the heroics of the manager and the players over the course of what was one of the most demanding seasons in the club’s history.

There is a pathway now to the Europa League next season. Rovers will claim a place in the lucrative competition if Athlone Town or Derry City don’t win the FAI Cup.

Now who would have thought that was possible when the League resumed in July?

Well maybe Rovers fans might have. Because they always look for rainbows when it rains.